VFS Global in partnership with the Government of P. R. China recently opened a new China Visa Application Center in the State of Kuwait. The launch of the center marks the opening of a third such visa submission facility in the Middle East after the launch of similar centers in Dubai and Beirut, and the fifteenth to be launched globally.

A joint statement from the Chinese Embassy in Kuwait and VFS Global said residents applying for a visa to P. R. China need not visit the embassy to submit their visa applications going forward. 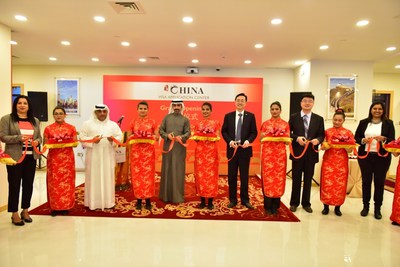 Commenting on the center in Kuwait, Mr. Vinay Malhotra, Regional Group COO – Middle East, South Asia & China, VFS Global, said: “Ever since we began our partnership with the Government of P. R. China in 2008, we have steadily expanded the Visa Application Centre network across the Middle East, Africa and South Asia, and cumulatively process approximately 350,000 visa applications to P. R. China annually in these regions. We are confident this new centre will be effective in meeting the rising demand of Chinese visas for travellers from Kuwait.“

Key features of the center include longer operating hours, professionally trained staff, and a Premium Lounge. An exclusive ‘China in Luxury’ retail offering, which offers ultra-premium travel experiences in P. R. China, was also launched at the new center. The China Visa Application Centre in Kuwait is located at Level 44, Arraya Tower 2, Al Shuhada Street, Kuwait City, Kuwait. Visa applicants can direct their queries and appointment requests to +965 22070012 or kuwaitcenter@visaforchina.org or visit the website at http://www.visaforchina.org.

Listening to displacement-affected communities over time: Understanding intentions and aspirations in support of durable solutions 2019